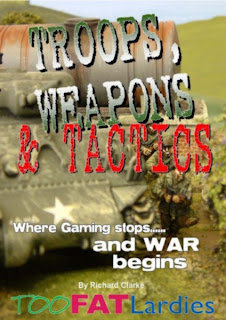 We finally made a decision on what set of rules to try out and at last got to play our first game of Troops, Weapons & Tactics. Rob, Andy and myself gathered our mix of terrain and figures and set up a couple of 'playtest' games only to realise that all three of us had only really skim read the rules... 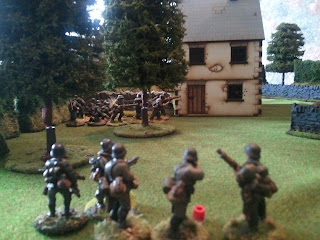 Despite this, after much page flicking we managed to get to grips with the majority of the system and were even able to cram two games into the afternoon. The rulebook itself could probably do with a better layout - as beginners we found the some of the rules too spaced out across the book, meaning all three of us rustling through our copies as we double checked if we had remembered a rule correctly. 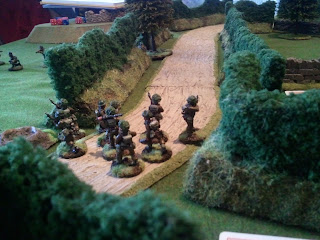 The two games were played over the same terrain set up with a central farmhouse playing the key objective in both. We were left with a fairly satisfied feeling with them overall and the desire to use the rules again - hopefully this time with a better idea of what we are doing! 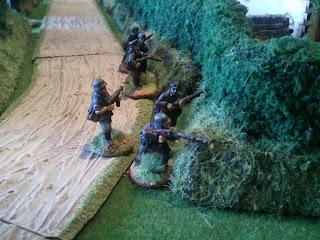 If I can make sense of my notes I will try to post a batrep with some more pics...


Figures in the photos are Artizan, Black Tree, Bolt Action and Crusader.
The farmhouse is from 4Ground.
Roads by Last Valley.
Bocage scratch-built by Andy.