These Germans are from the warlord games/bolt action miniatures plastics set which were £18 for some 25 figures. Thing was I did not enjoy putting them together as they were broken down into lots of fiddly bits (unlike the Perry’s ACW plastics) and were problematic especially when trying to get them to hold the rifle properly. The rifle is cast separate from each of the two arms and the body, requiring some dextrous manipulation to get in the right position before the glue sets. Additionally I have found these to be quite fragile having broken a few weapons while making and painting them. To date I have no idea how well these will stand up to actual use but I suspect a few breakages will be inevitable, hopefully I will find the broken part and be able to stick in back on. 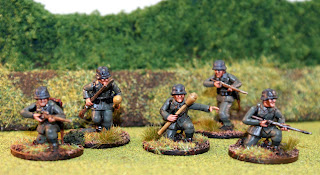 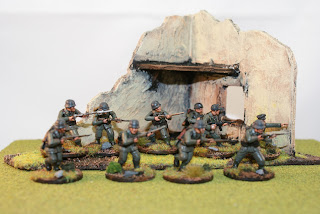 Once complete I do like the look of the figures, I just would have preferred metals rather than put in all this extra work as mostly it’s not the price but the time that is my limiting factor.
When painting them I used army painter for the first time. Painted a base coat, then army painter, then highlight or 1 or two levels depending on how it looked. I am not certain this helped speed things up enough to make it worthwhile doing again but overall I am quite happy with the results. I will probably use army painter again, perhaps on some darkest Africa stuff or when a poorly painted figure needs some rescuing. rather than resorting stripping and repainting. 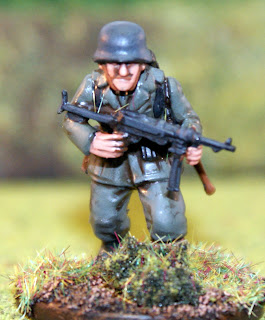 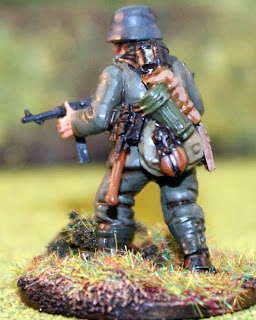 When carefully moving the figures to be photgraphed a captains pistol was broken which added to my concerns of robustness during gaming.
Posted by Ant Master at 12:32