We join a snippet of the action during the Bruneval Raid, otherwise know as 'Operation Biting', the codename given to a British Combined Operations raid on a German radar installation in Bruneval, France that occurred between 27–28 February 1942 during World War II.

Plan of the assault.

A number of these installations had been identified from Royal Air Force aerial reconnaissance during 1941, but their exact purpose and the nature of the equipment that they possessed was not known. However, a number of British scientists believed that these stations had something to do with the heavy losses being experienced by RAF bombers conducting bombing raids against targets in Occupied Europe. A request was therefore made by these scientists that one of these installations be raided and the technology it possessed be studied and, if possible, extracted and taken back to Britain for further study. Due to the extensive coastal defences erected by the Germans to protect the installation from a sea-borne raid, it was believed that a commando raid from the sea would only incur heavy losses on the part of the attackers, and give sufficient time for the garrison at the installation to destroy the Würzburg radar set. It was therefore decided that an airborne assault, followed by sea-borne evacuation would be the ideal way to surprise the garrison of the installation and seize the technology intact, as well as minimize casualties inflicted on the raiding force. 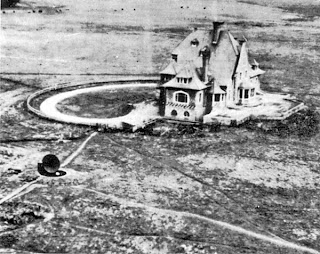 The Villa ('Lone House') and the Wurzburg Radar ('Henry').

Below are Captain John Ross and Sergeant Tasker as they prepare to assault and hold the beachead at Bruneval to secure the escape of Major Frost and his men during the mission. As Captain Ross discusses his next move with his heavy weapons section, he instructs Sergeant Tasker to take his section to assault the German casemates on the cliff between the radar site and the beach. 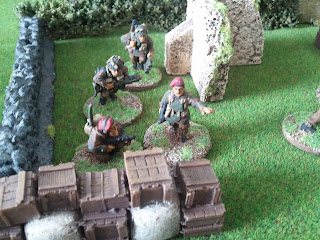 Missing nearly twenty of the men assigned to him, Captain Ross and some of his heavy weapons team assess the situation. 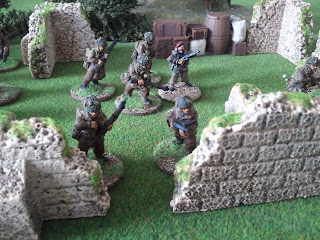 Meanwhile, Sgt. Robert "Tusk" Tasker prepares his section for the assault on the German defences. 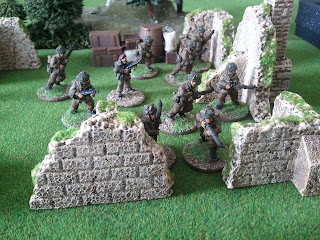 Sgt. Tasker and his men move out.

For more information on the real Raid on Bruneval see my post on Airborne Raids.


Two men were killed in the operation and six were missing, all of whom survived the war. Two German prisoners were brought back, one of them the Wurzburg's operator. The German report on the raid commented: 'The operation of the British Commandos was well planned and executed with great discipline... although attacked by German soldiers they concentrated on their primary task.' The raid had been a great success due in large measure to the element of surprise. Even while reading an account of the action in a newspaper the Supply Officer of the Glider Pilot Regiment, whose training area the paras shared, did not associate them with the raid. 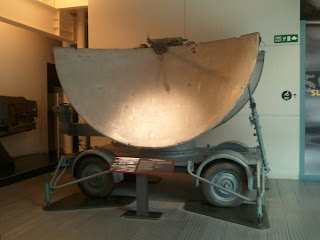 A Wurzburg Radar at the Imperial War Museum.

Figures are from Bolt Action, Artizan and Crusader.
Posted by wardy-la at 20:30