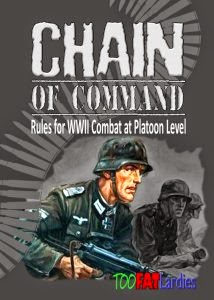 Another game of Chain of Command, this time played at Wayland Games. This was the second (my first) of our new planned 'once a month on the last Friday of the month' games we have decided to give the very original title of "Friday Night Firefight".

This game was taken from the scenario "Den Ganzen Lieben Langen Tag!" in the Too Fat Lardies Christmas 2013 Special. 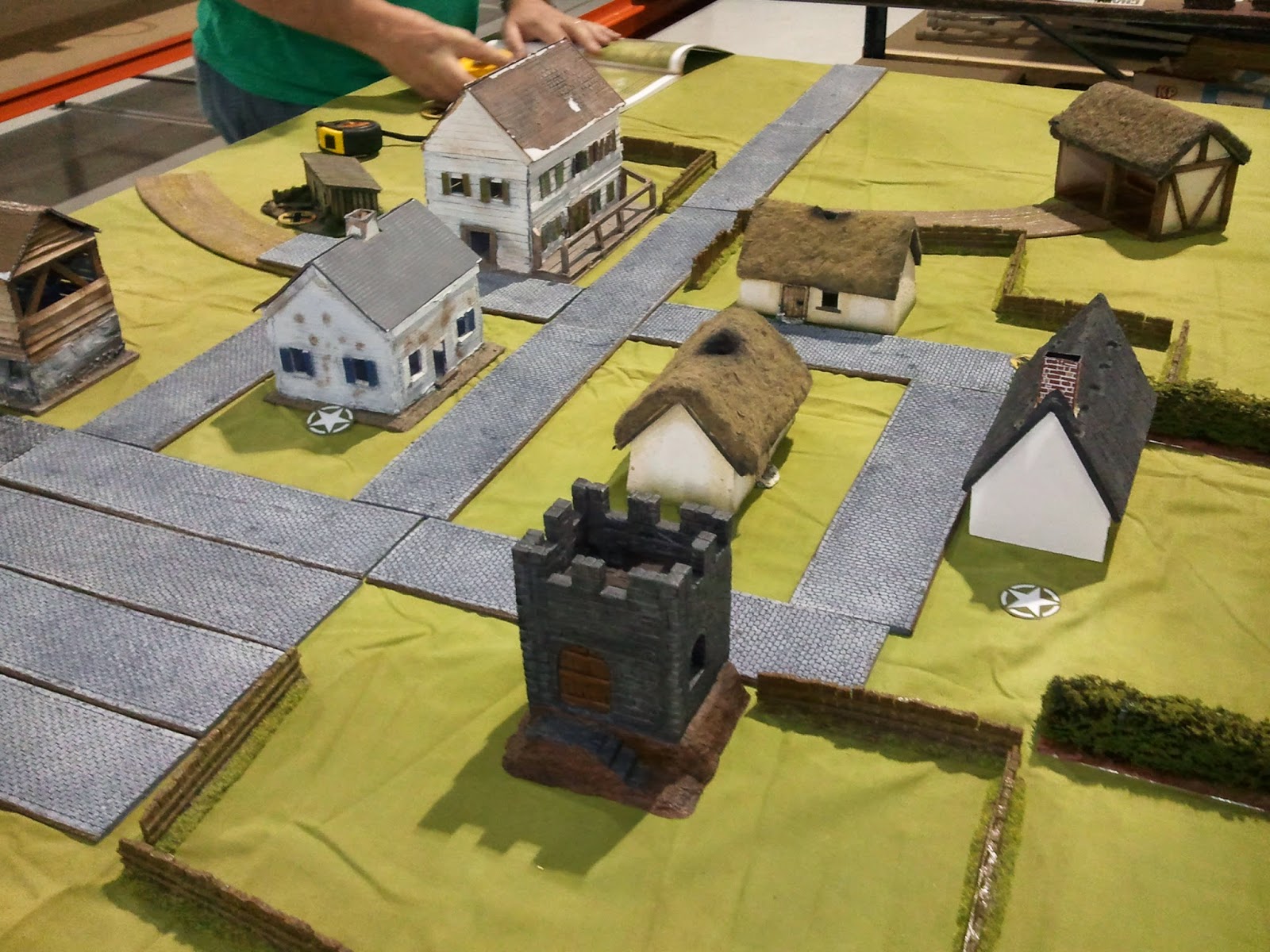 The German forces advance to the outskirts of the village. 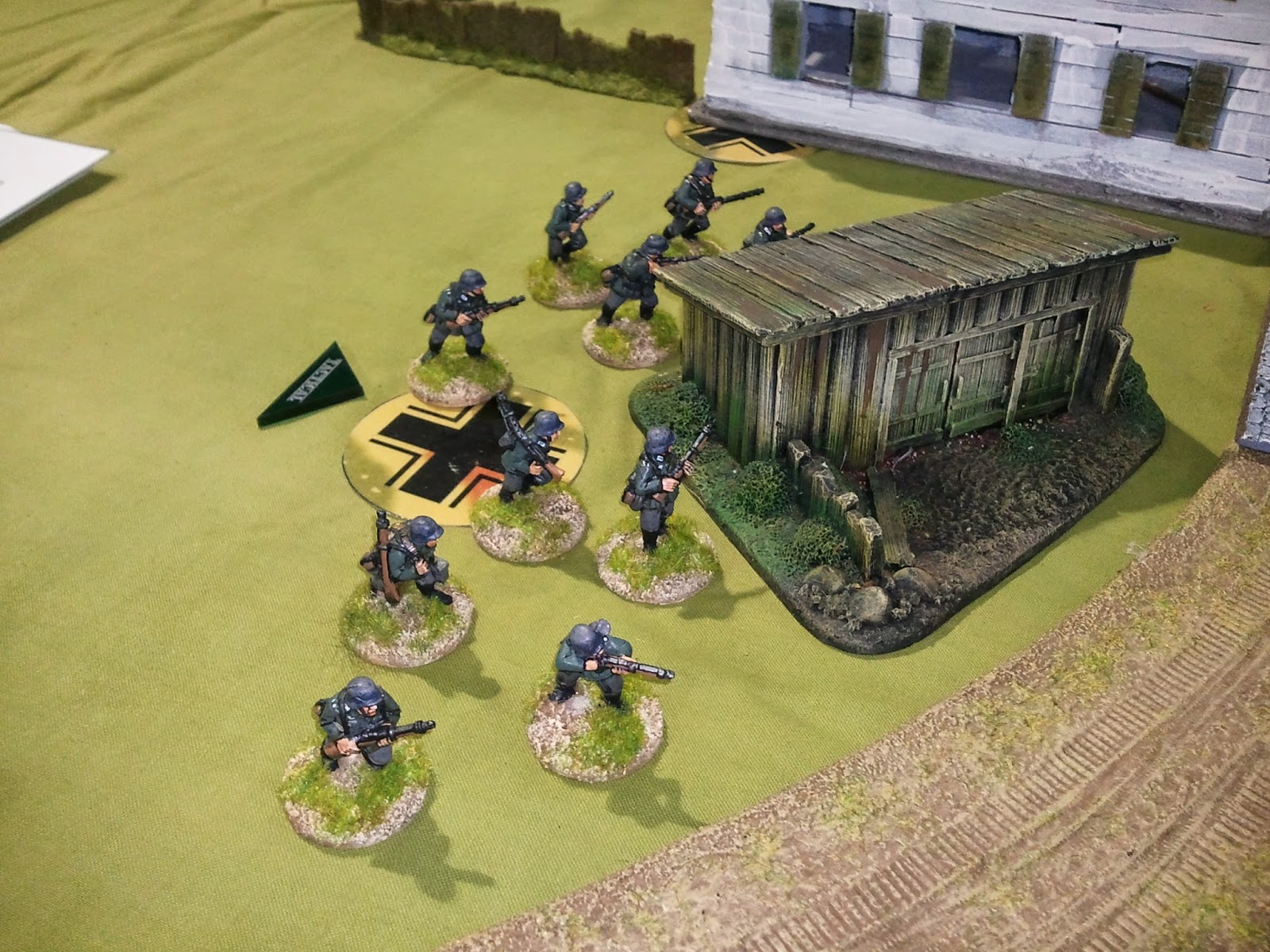 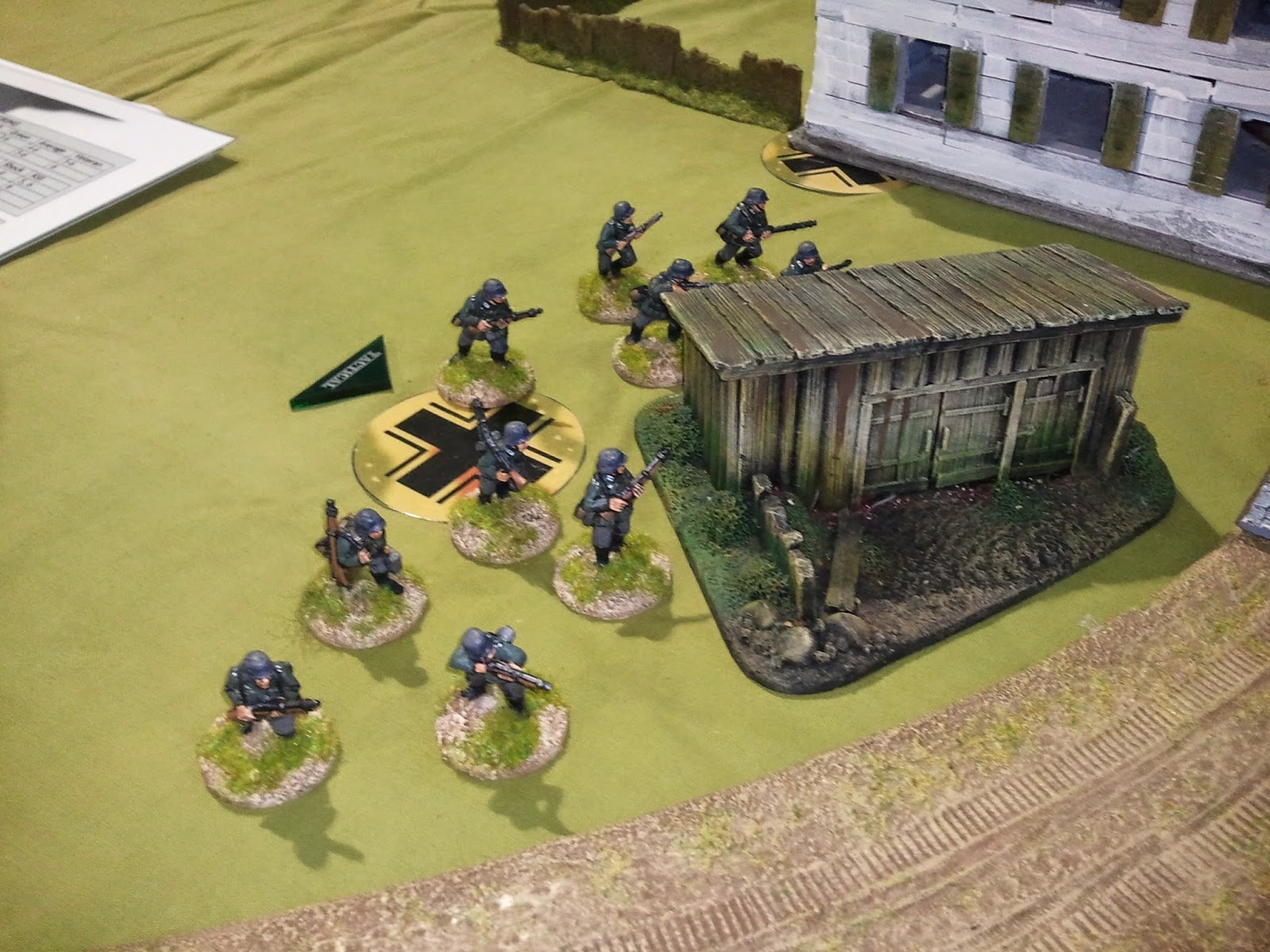 It wasn't long before they had two squads and the HQ on the table. 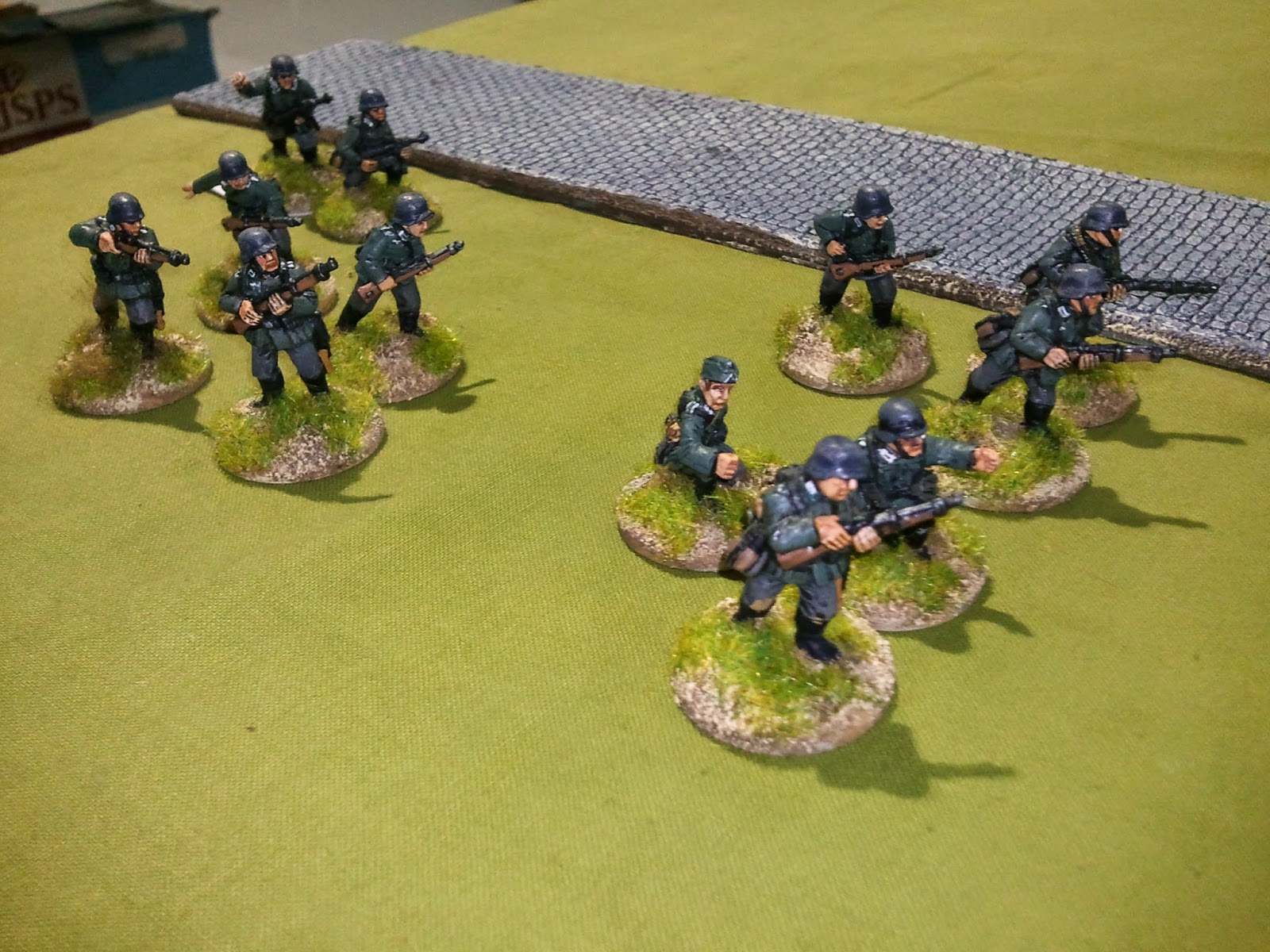 The French were another matter entirely. For several phases they only managed to activate their two senior leaders and one squad! 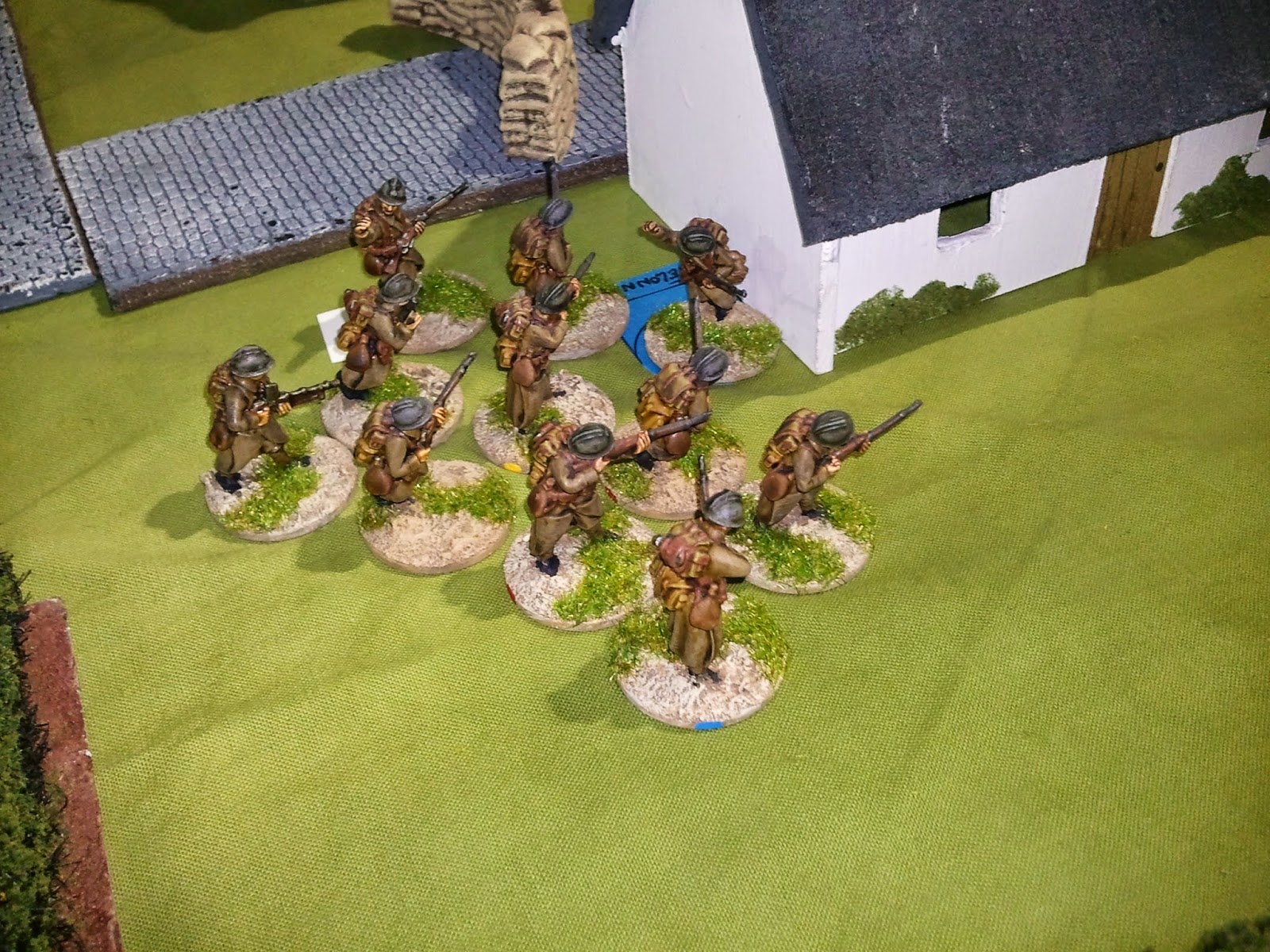 The Germans took no time to advance through the village, taking up a defensive point in the large building. 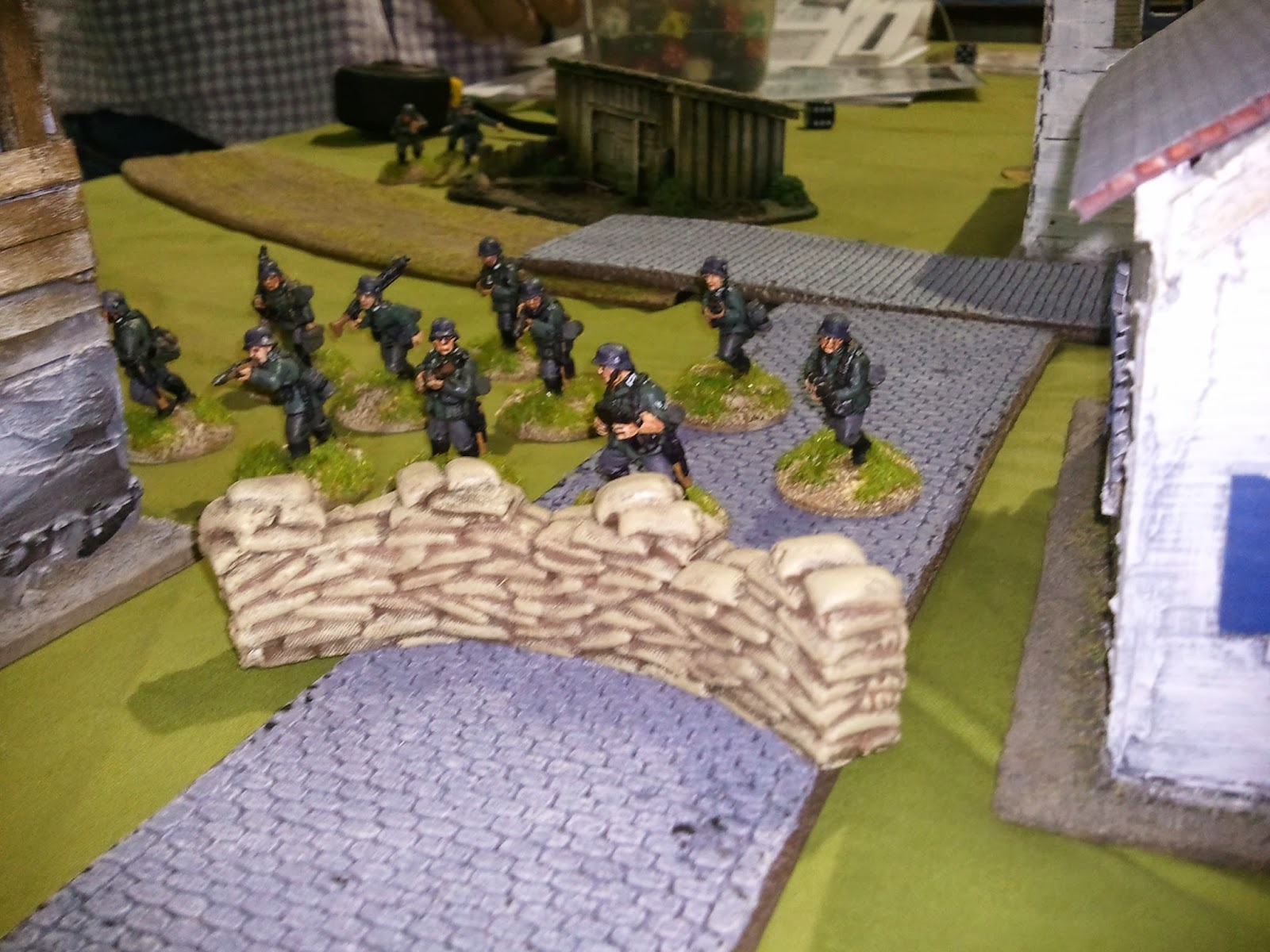 Finally the French brought on another unit, this time one of their tanks. It promptly fired a few shots over the German heads! 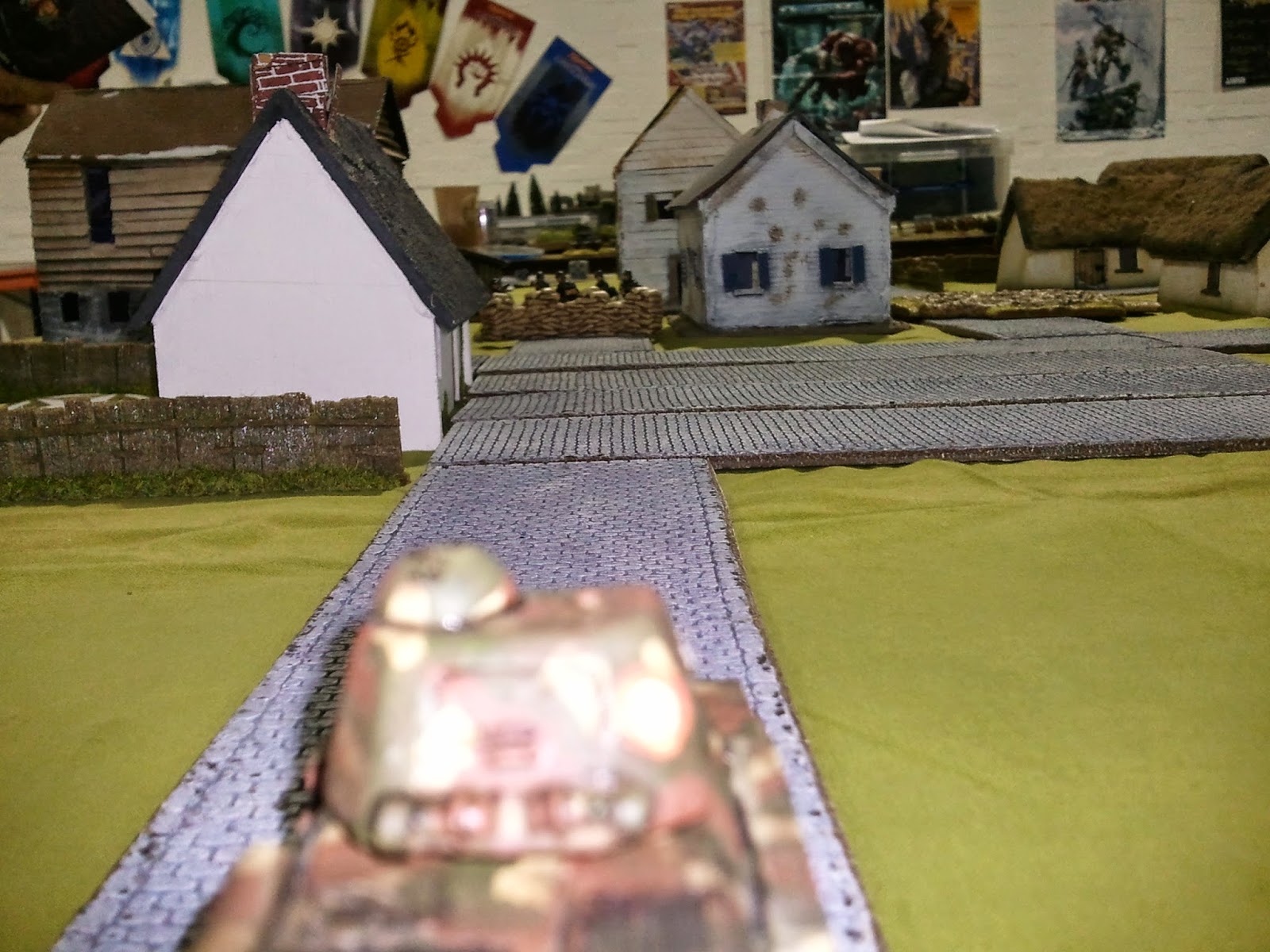 The third German squad entered the village to the French right flank. The defenders were looking like they may be very quickly overwhelmed after only a few phases... 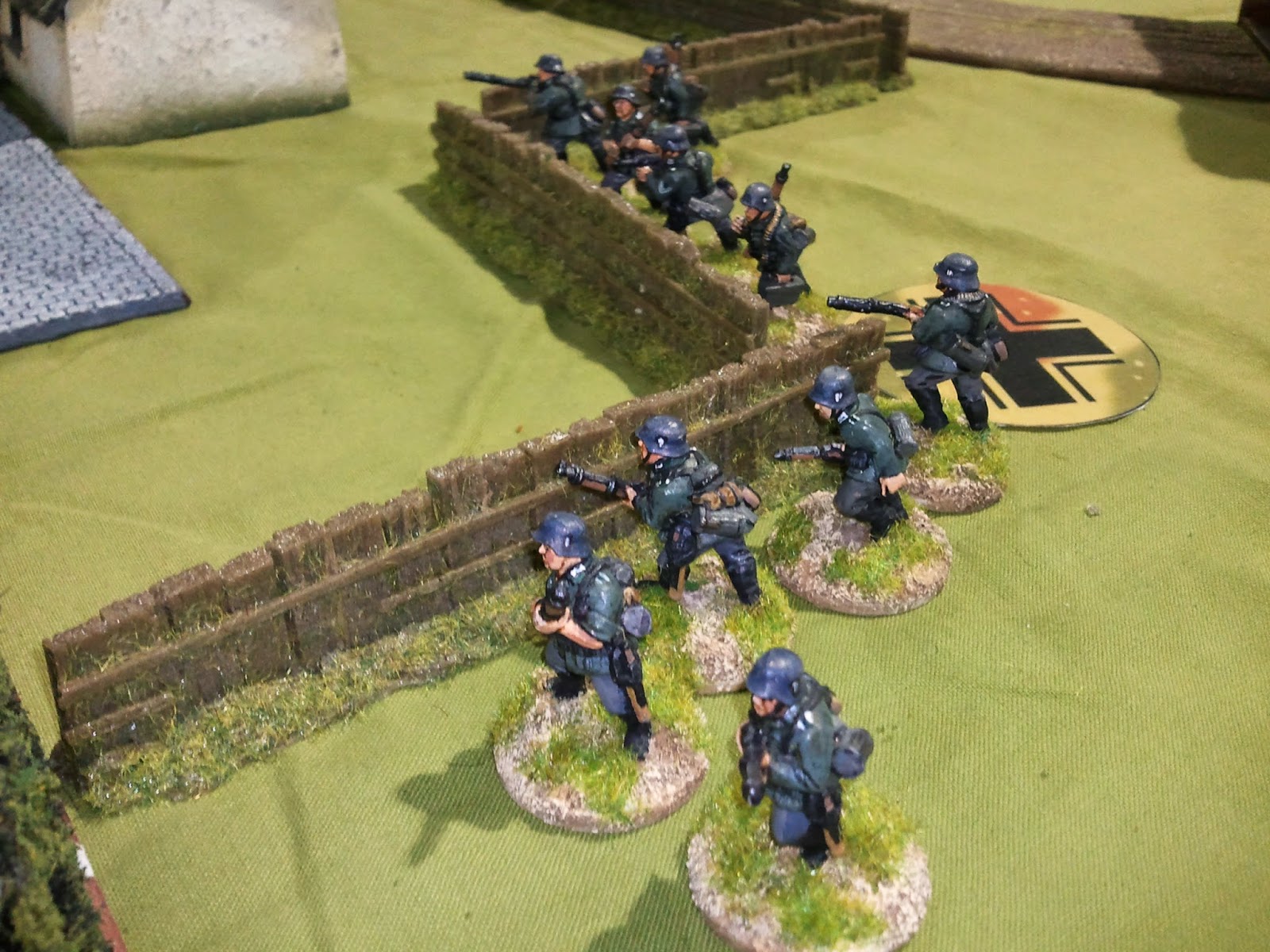 ...indeed the German squad to the left flank had soon overrun one of the French jump off points! 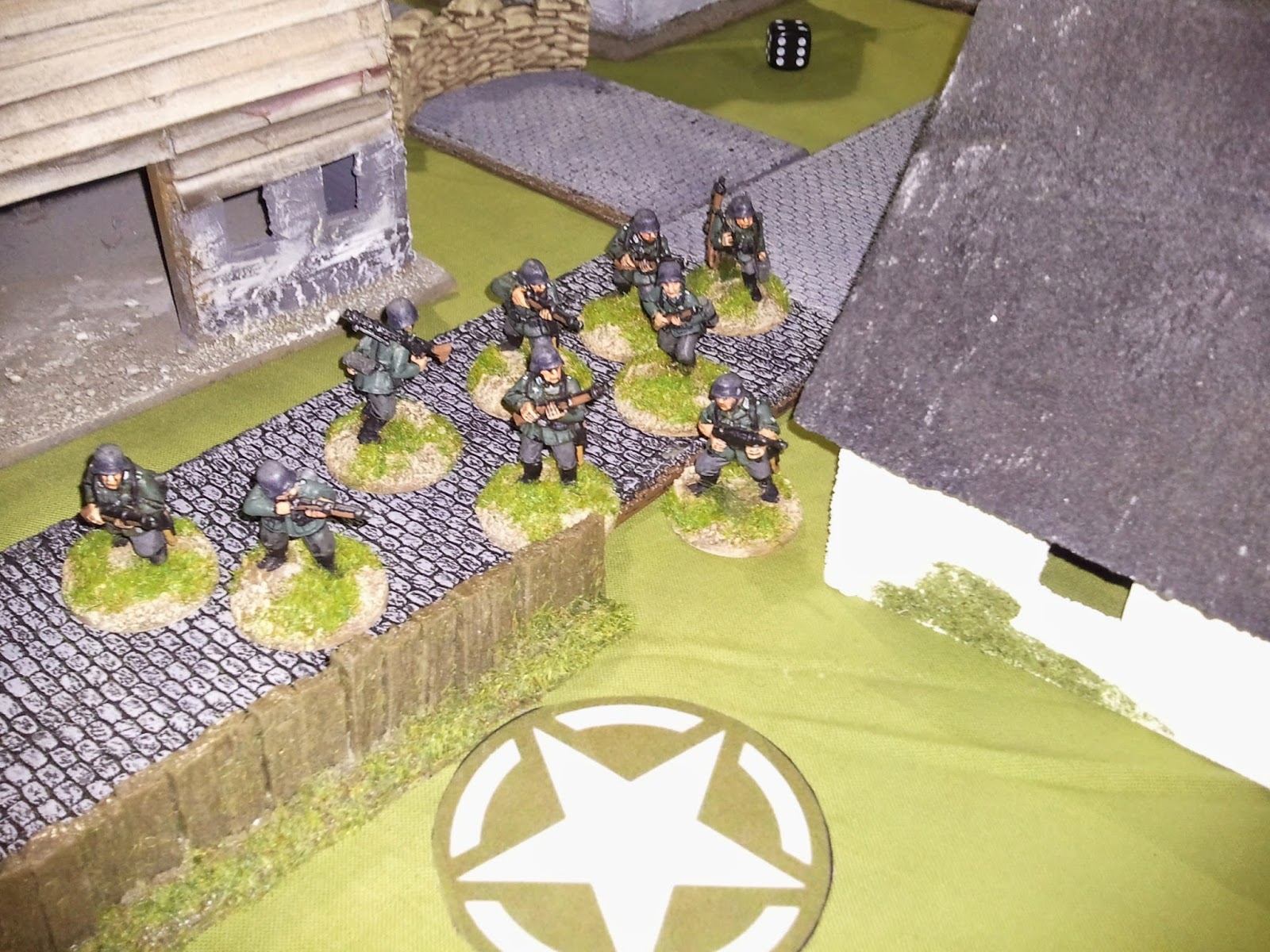 A view of the battlefield - at this stage the Germans had three squads on the table, one in the large white building (the figures a short distance to the right of the picture are 'in' the building) another one just on the edge of the town square (to the left of the picture) and the last by the fencing. The French had one squad, two senior leaders and a tank. 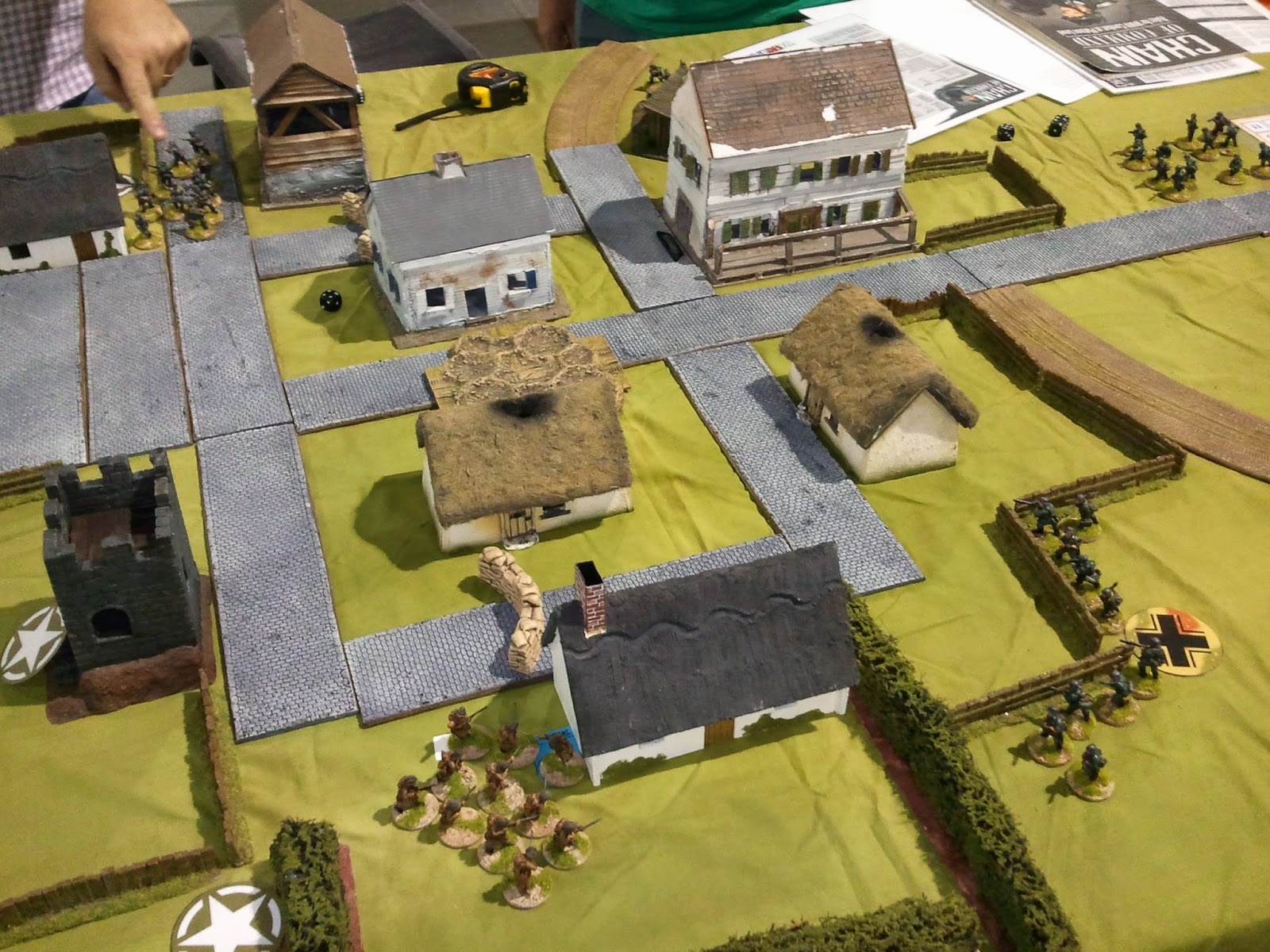 The French then cam under fire from the Jerry across the town square... 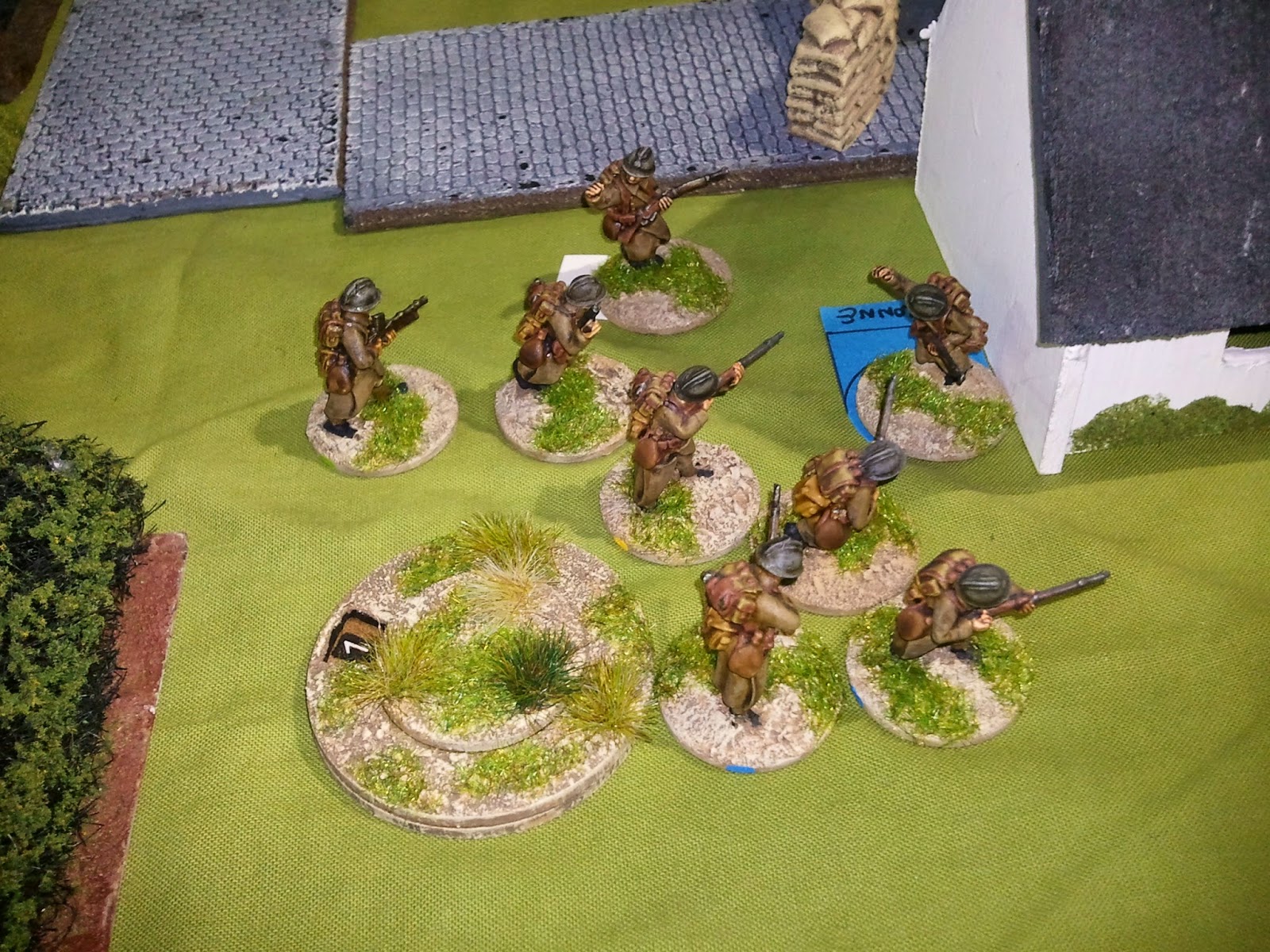 ...and just when it looked like it couldn't get any worse for them a German panzer rumbled up the road! 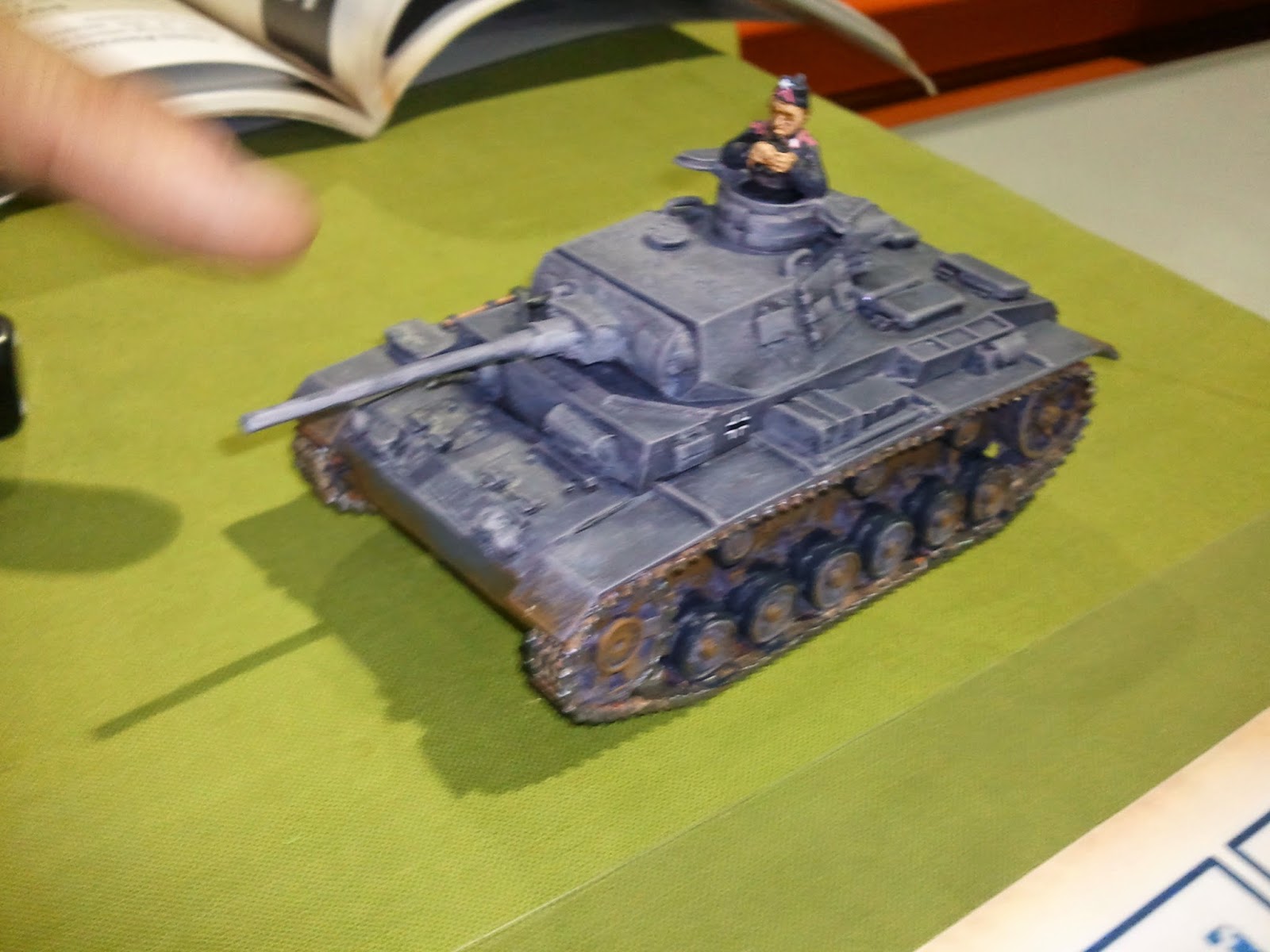 What followed was a bizarre series of die rolling (by me) that resulted in 6 double 6's being rolled (!!!!), thus carrying the turn over to the French for a long period of play. 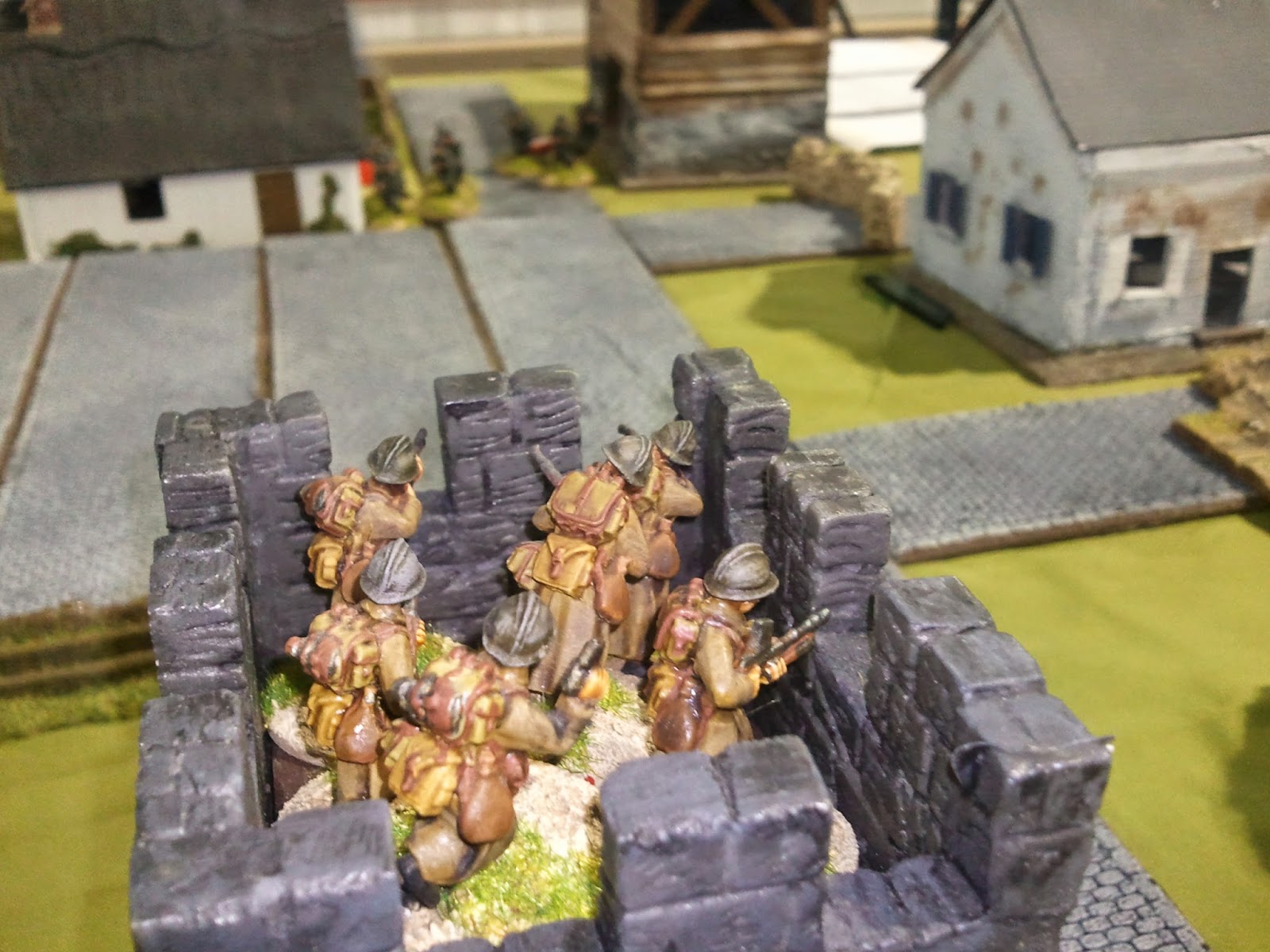 First up, another French squad took up residence in the old medieval tower just off the town square - a perfect position to shoot at the Jerry below!

The third French squad then entered the field just behind them. 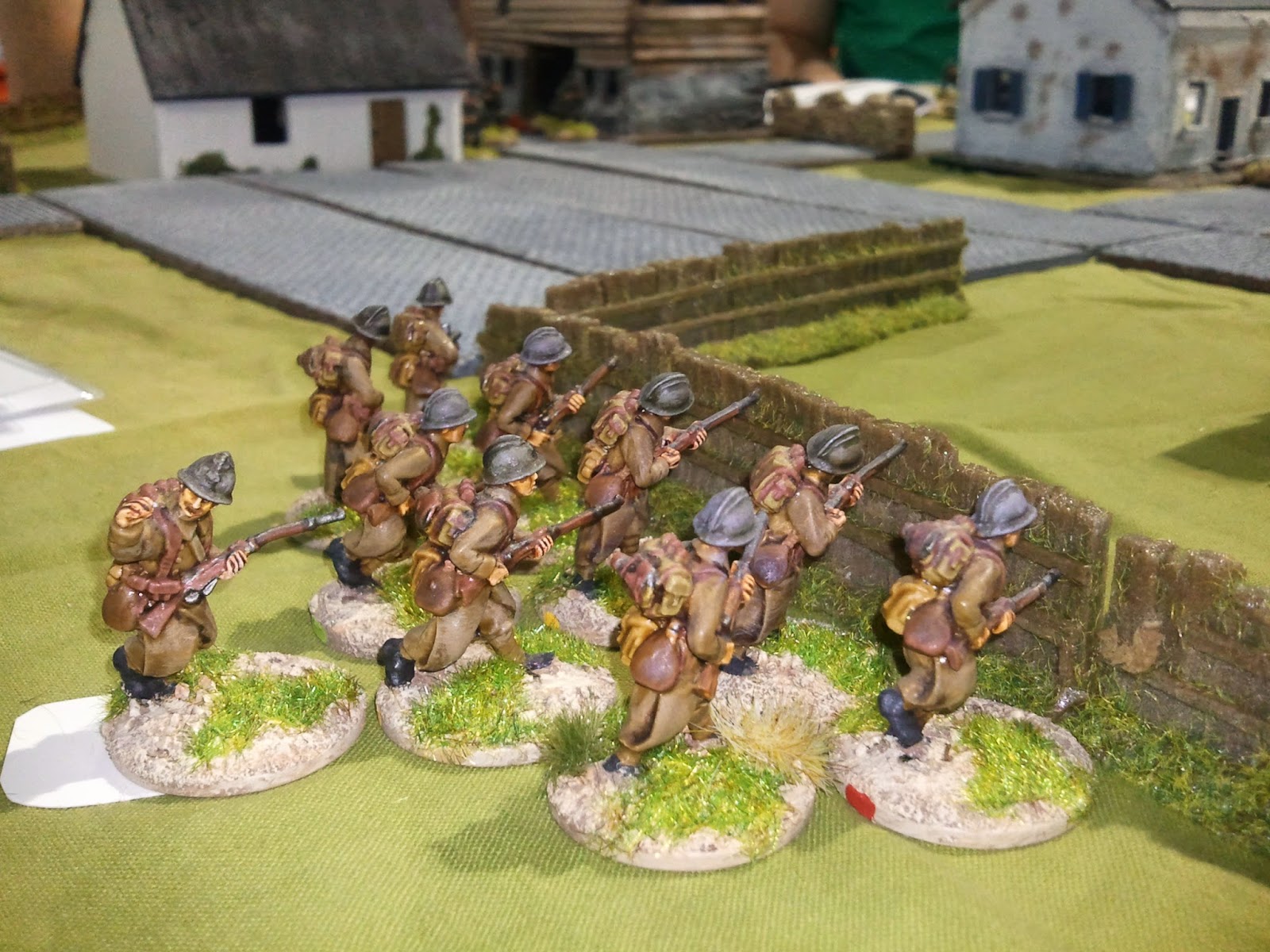 A massive fire-fight then erupted across the town. The French concentrated most of their firepower on the more exposed Germans by the town square - caught in the open and with the turn constantly carried over to the French they didn't stand a chance - after a few turns all that remained was the shocked MG crew and their unconscious Gefreiter. Not surprisingly they fled the field! 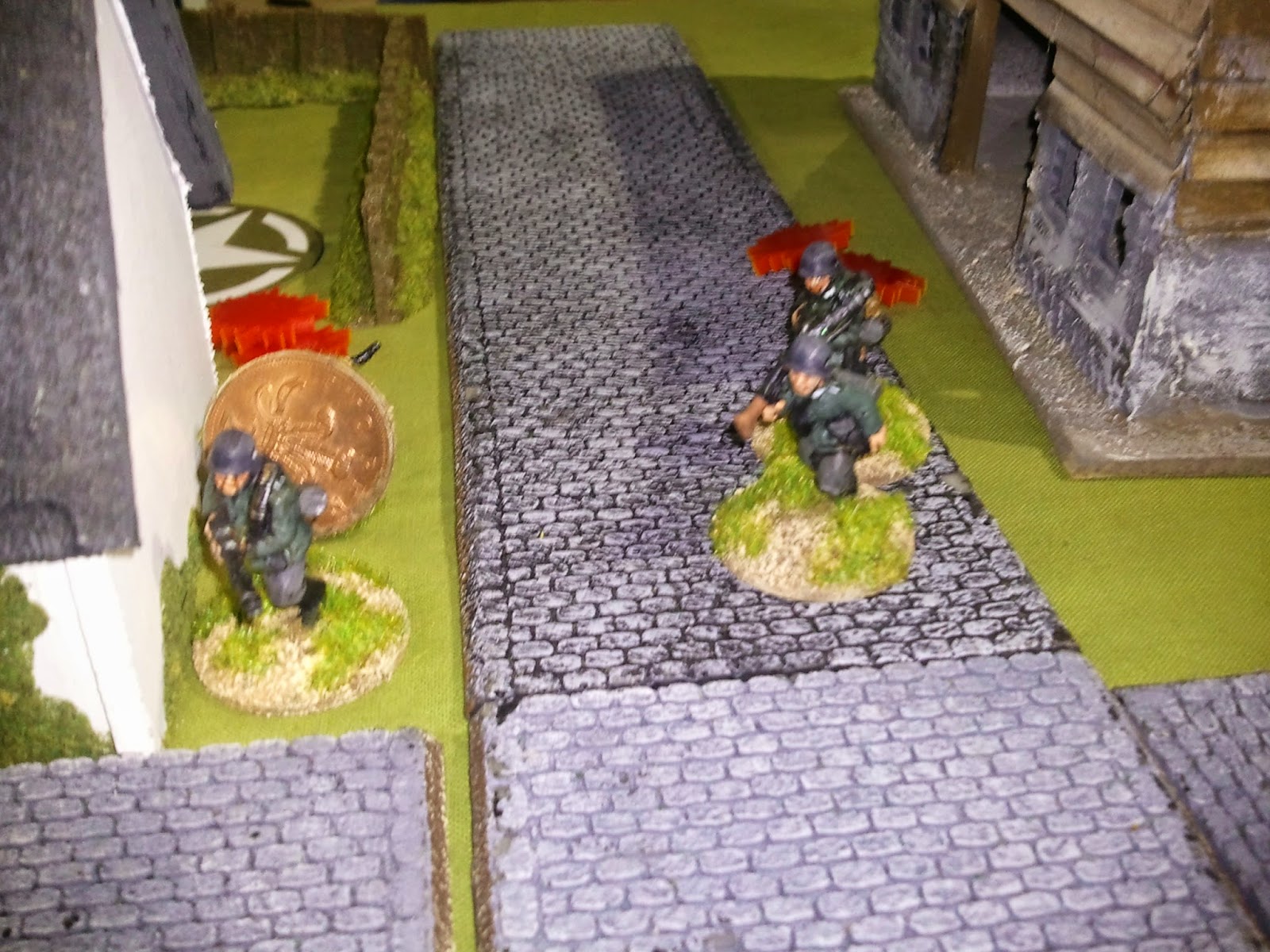 Meanwhile the first French squad turned its firepower on the Germans by the hedges but this was pretty much stalemate.

Deciding they were too exposed they retreated to the relative safety of a stone wall - unfortunately not all of them made it and those caught behind ended up taking some hits. 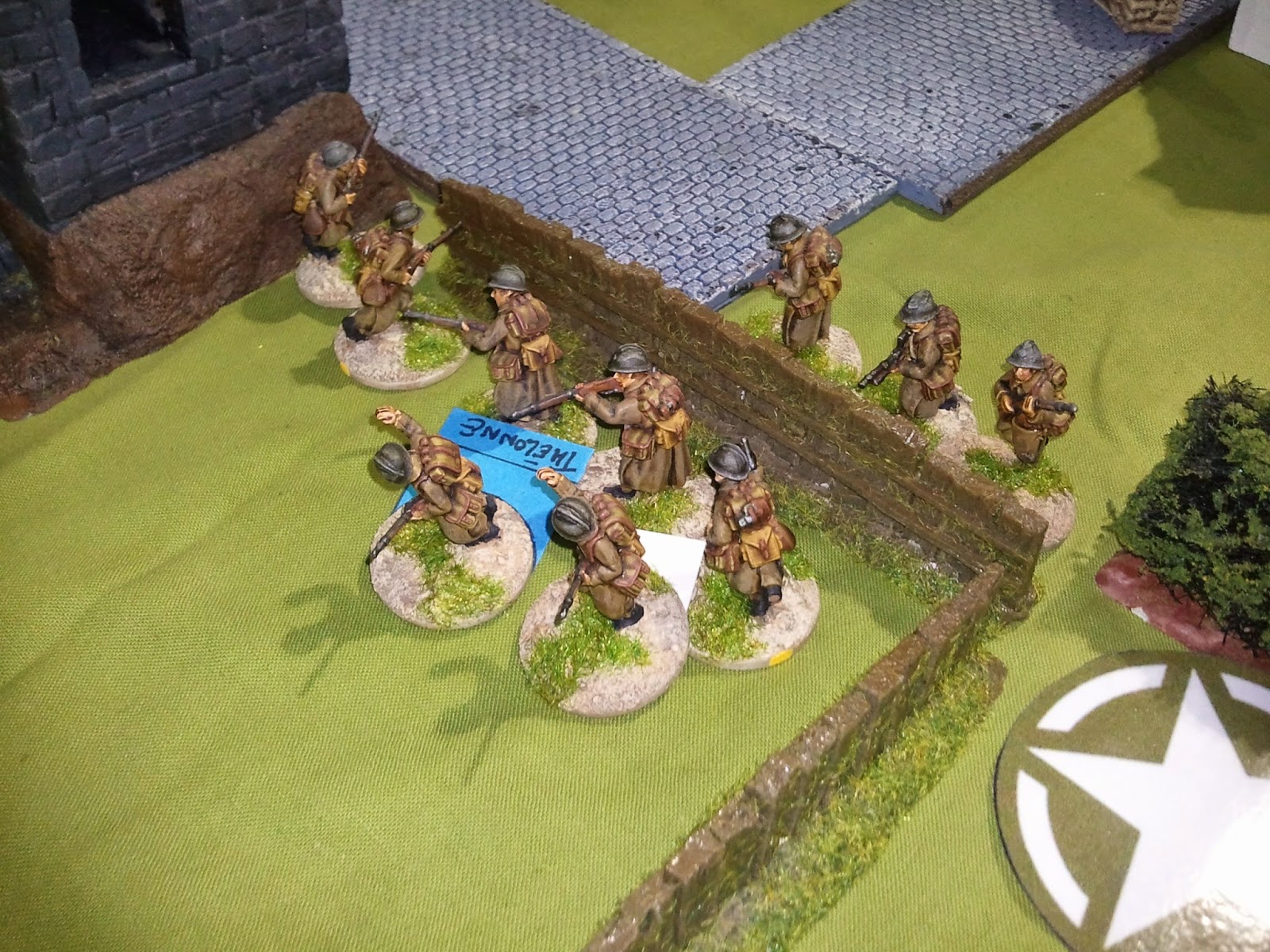 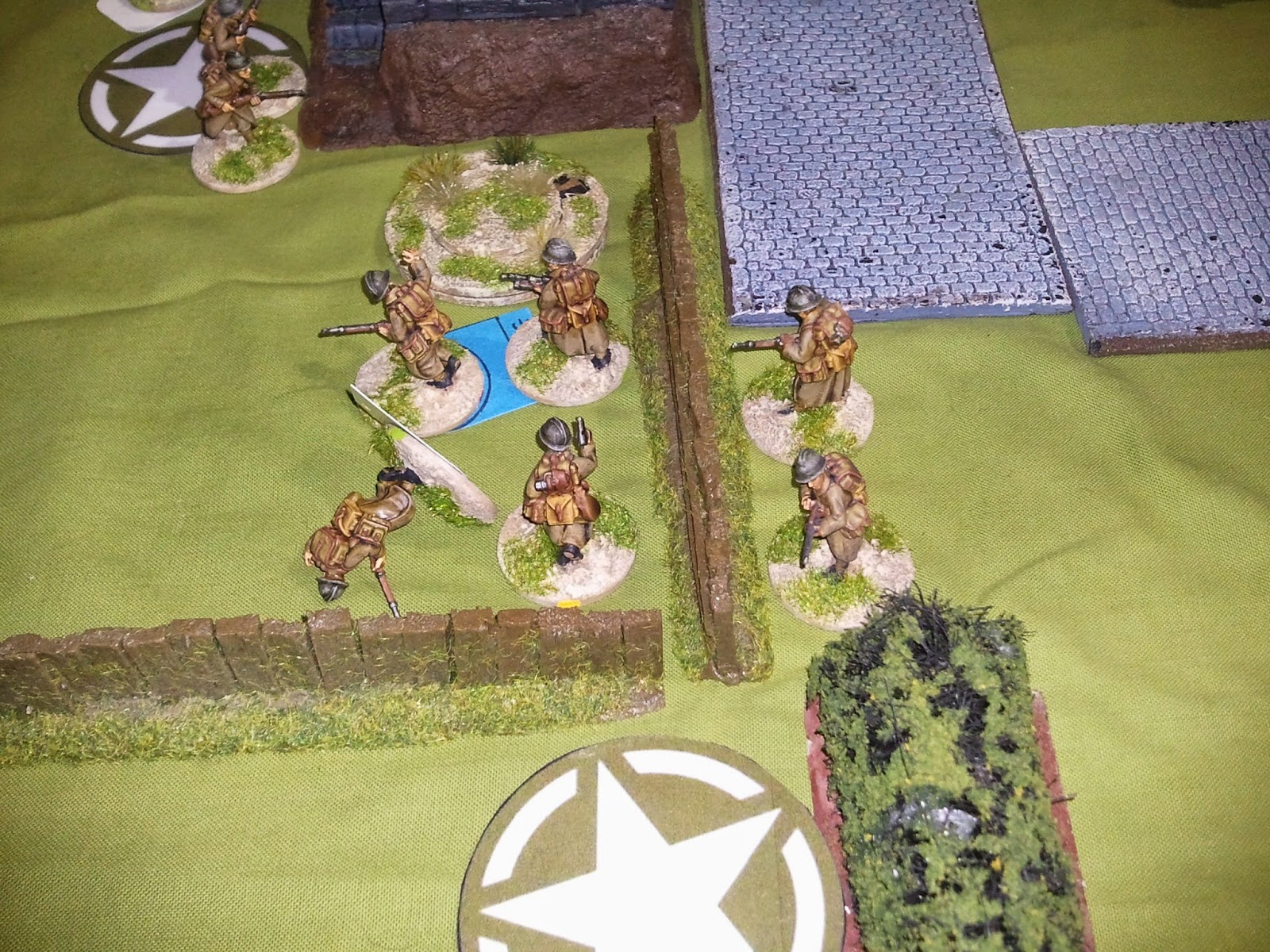 The French and German tanks exchanged shots across the town eventually forcing the French tank to retreat. 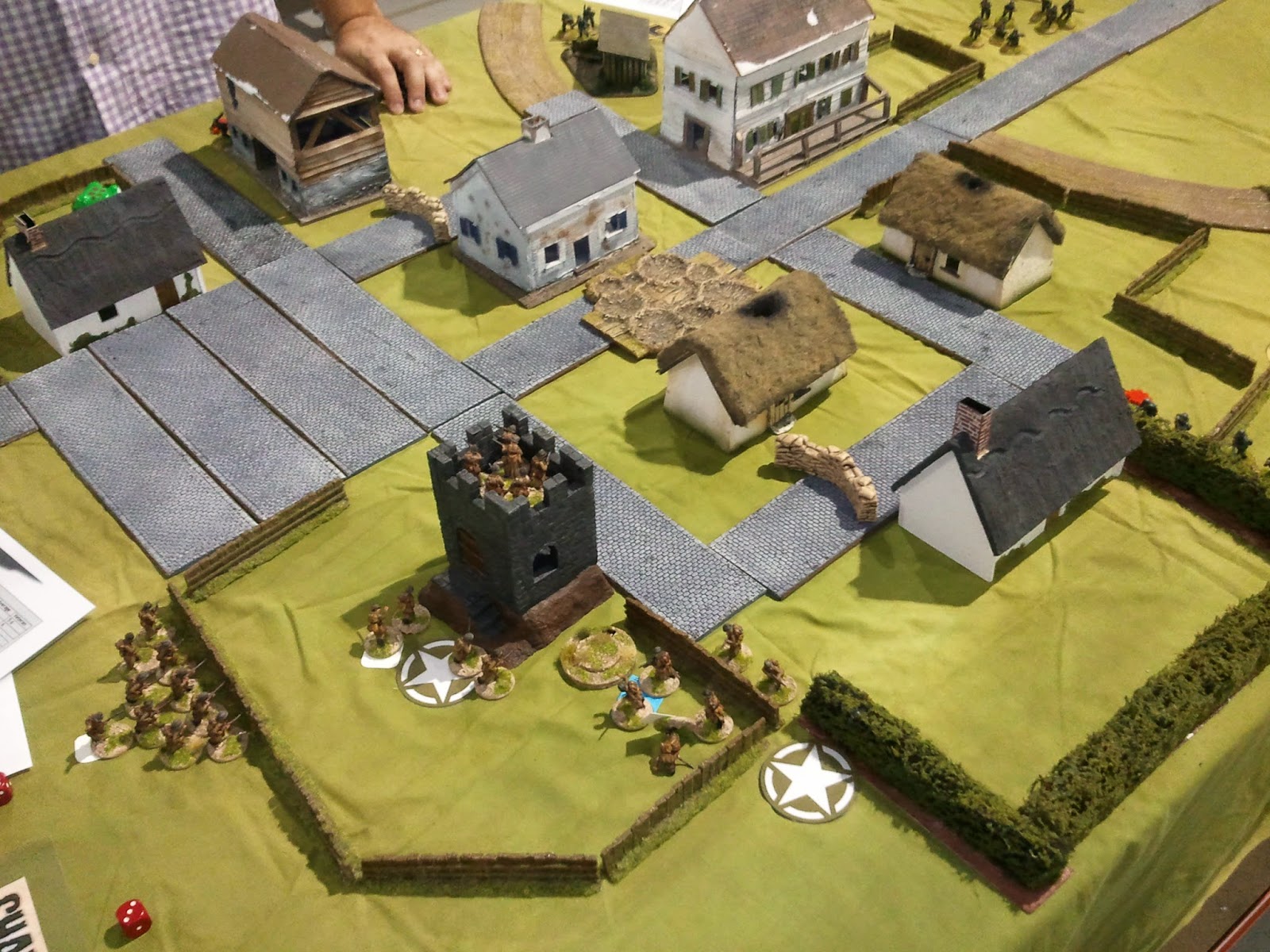 Finally I stopped rolling double 6's and the Germans got to play another phase... 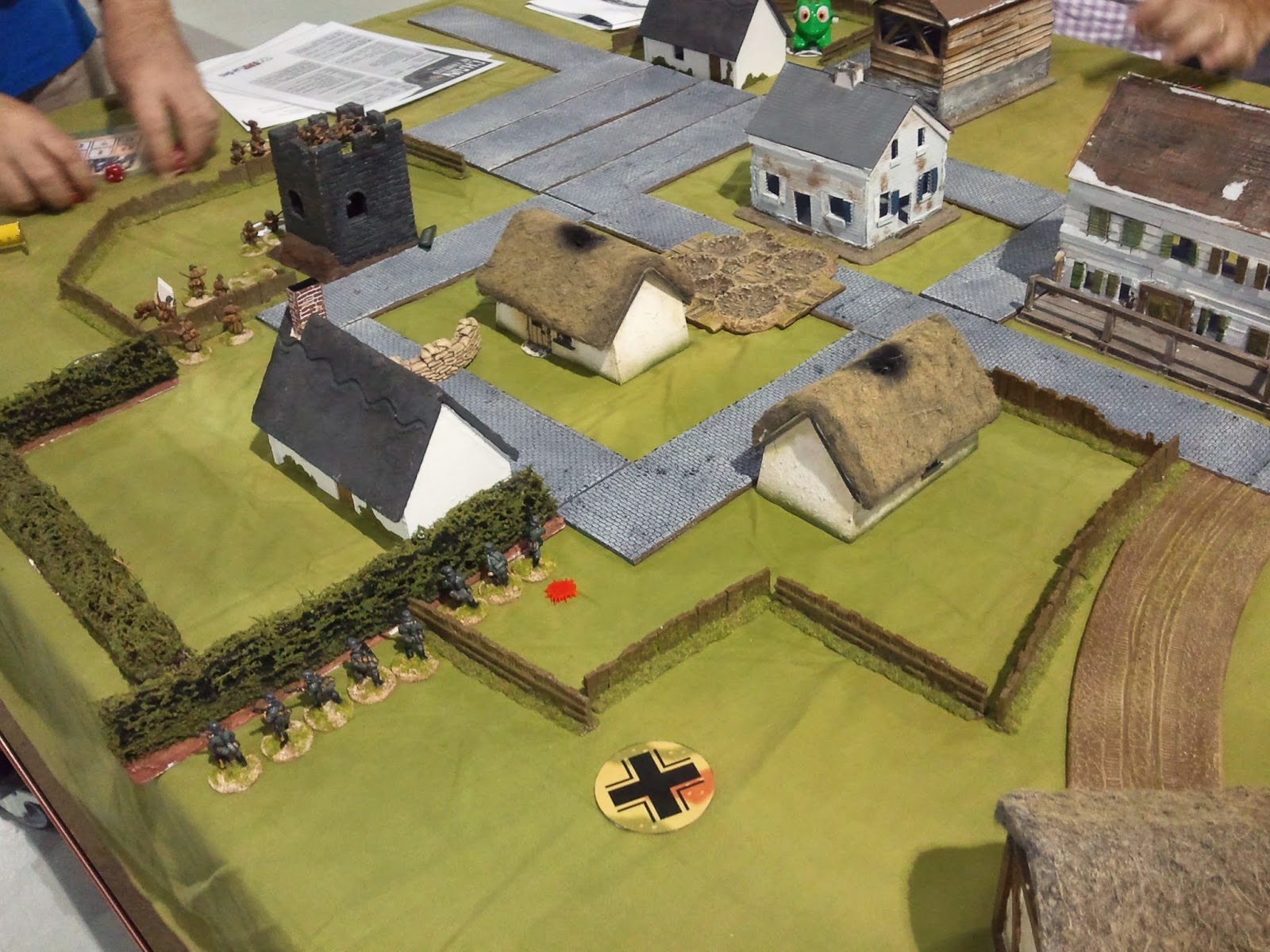 We didn't get to play a full game but it all ran pretty smoothly, rulebook referencing was fairly minimal and all present enjoyed! The French looked like they were going to be severely battered within a few rounds of play but my ridiculous rolling streak of double 6's (yes, 6, surely some kind of record?) turned things around and the French almost looked like they could snatch it. Could have gone either way when we had to wrap up the game.

Figures and terrain are all from Chris other than the cobblestone roads kindly lent by Wayland Games.