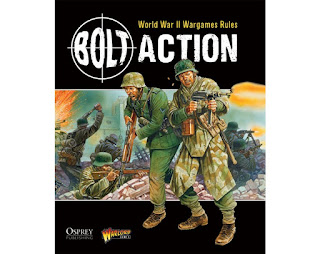 Some pics from a recent Bolt Action game played with my bro-in-law Jimsy.

First time I had played (Jimsy had many games under his belt) so we started simple with about three squads per side, me as the Jerry and Jimsy as a unit of Paras. 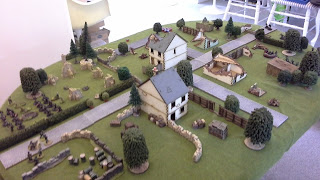 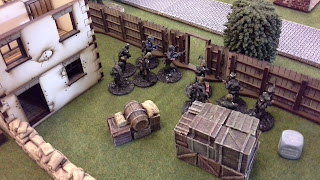 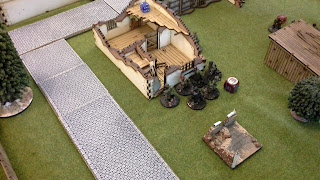 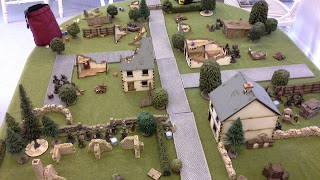 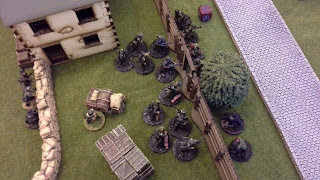 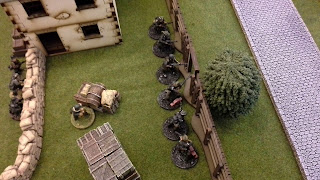 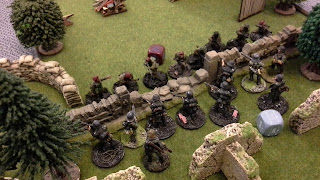 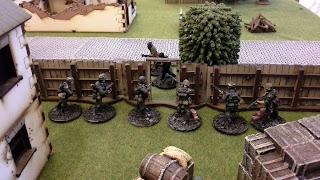 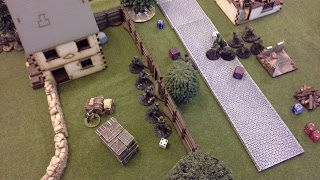 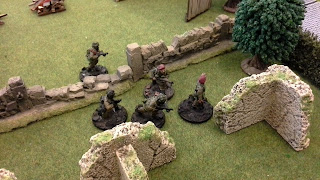 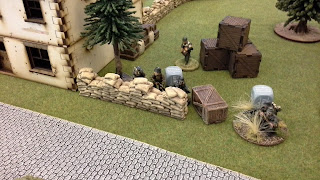 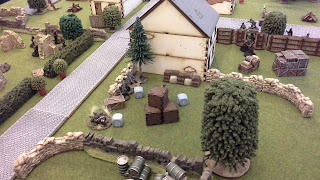 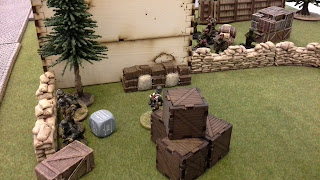 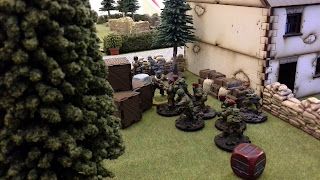 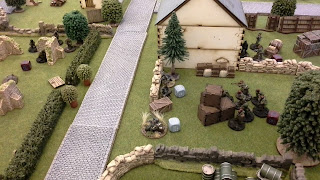 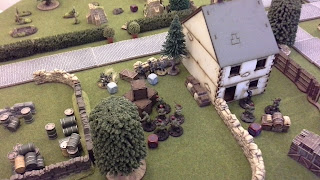 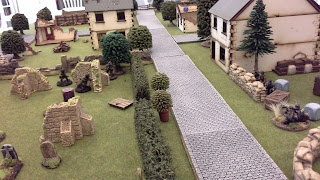 It was as close as you could come to a draw but the bro-in-law ultimately won out.

Enjoyed the game in general but it seems pretty basic after playing Chain of Command, which is definitely my favourite WW2 game at the moment.

There also seemed to be some weird imbalance where despite my well built in defensive positions, veteran troops and stock of MG42's the Paras easily ran up and overwhelmed my troops with ease due to the 'Blood curdling charge' rule.

Anyhow, kind of fun but doubt I will play using these rules again...