Here is my second batch of painted German Wehrmacht. To be honest they are not all complete (some of them look like they are walking across a sandy beach at the moment) and I need to add a couple more men with an MG34 and ammo to complete a squad but I couldn't resist posting an update!

A squad under the command of Leutnant Adler set up a defensive position in a ruined farmhouse... 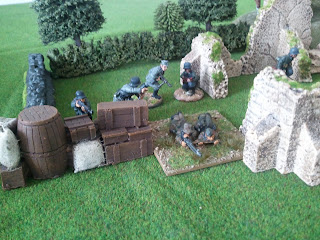 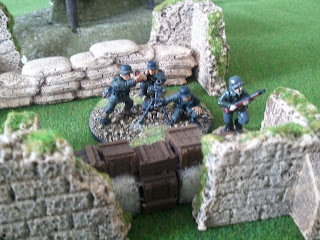 Feldwebel Trommler sets up his mortar team for best effect. 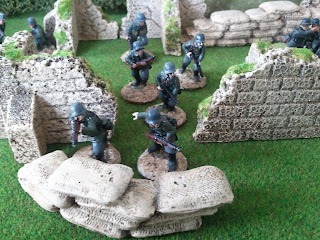 Obergefreiter Mauer leads his rifle section to the perimeter of the farmhouse. 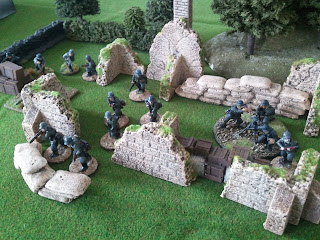 A 'birds eye' view of the defensive position. 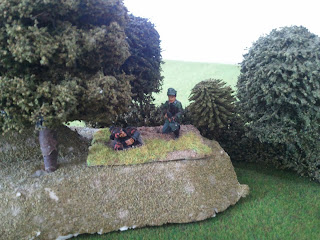 Meanwhile, Sturmscharfuhrer Ritter and his spotter Unterscharfuhrer Hahn take up a vantage point in the tree-line. 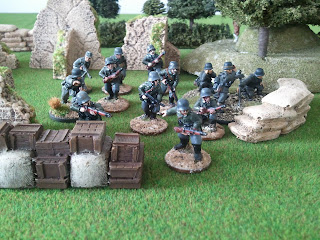 Finally, satisfied that the objective is secure, Leutnant Adler and Obergefreiter Mauer move the squad to a secondary position...
Figures are a mix from West Wind, Wargames Foundry, Bolt Action and Black Tree Design.
Posted by wardy-la at 17:05